Deja Vu Vintage Finery has started on the right foot this new season! We just consigned some amazing and in great condition, Lanz Original, mid century vintage dresses. We currently have eight Lanz dresses in stock with us today. We have been gaining positive and wonderful responses with our new dresses and have sold many others as well this past month.

A brief background on the Lanz Original dresses, Lanz was started in Salzburg, Austria in 1922, by Josef Lanz and Fritz Mahler. Before fashion, Lanz specialized in ski wear and supplied traditional folkwear costumes for Austrians attending the Salzburg music Festival (think The Sound of Music.) They noted their costumes were also bought by tourists (Americans) traveling to Austria in the 1920s and early 1930s. During the mid 30's Lanz relocated to New York, leaving the company there in the hands of other family members. He than opened a new branch of the business in 1936. Lanz began to expand their business by creating fashions that were inspired by traditional Austrian folk-wear, but followed the lines of current fashions.

Lanz of California was established in the 1940s, and they began to manufacture Austrian-inspired clothing in the US. By the early 1950s, the Lanz of California label was owned by Nornie and Werner Scharff, and the European and American companies were totally independent of one another. By 1978, there were two Lanz companies in the US, Lanz Originals, which was still making dresses, and Lanz of Salzburg, a sleepwear maker. Around 2001, Lanz Originals stopped production.

Since Lanz has stopped production making dresses, Deja Vu Vintage finery has the following in stock.
please call the store for more detailed information about this post.
760-699-5365 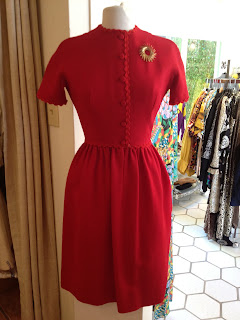 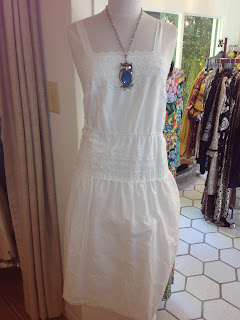 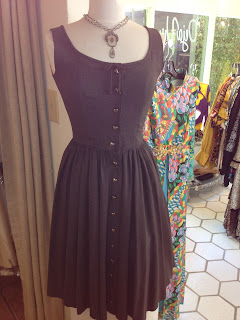 button detail from above picture 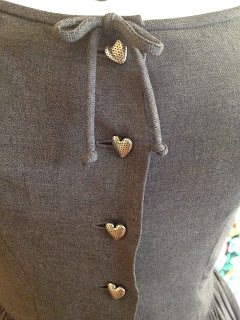 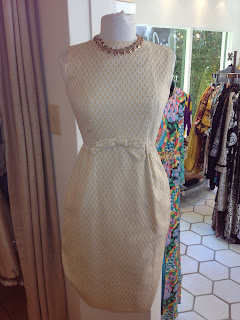 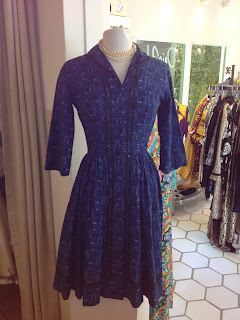 ﻿Fun Fact: Lanz clothing was originally based on traditional Austrian trachten, and the clothes were never intended to be “fashion-forward” in the first 30 years of the company.
Posted by Deja Vu Vintage Finery at 4:37 PM