The Miniskirt expressed powerful political and cultural attitudes of the 1960's. 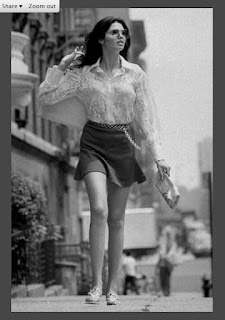 Before the 1960s, young women had been expected to dress in the style of their mothers, which was usually loosely based on Parisian couture. Commercial fashion advertising often depicted mothers and daughters dressed in the same outfits. Wearing identical dresses. There weren't any clothes for young people to express their individuality at all. 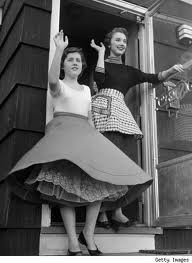 By the 1960s, protests and demands for individual awareness of themselves and wanted to make a statement in many areas. Fashion in general evolved tremendously during this time. As the younger generation gained a voice, they created a space for a new and distinctive fashion that embodied their own political views- not their parents. 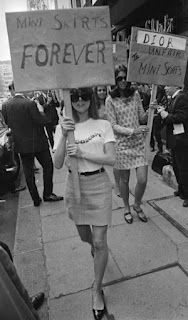 The 1960s saw a dramatic increase in women attending universities and entering the workforce, especially with the advent of the "temp agency" which allowed greater flexibility in when and where a woman wanted to work.

British designer Mary Quant is credited with introducing the first miniskirt at her boutique "Bazaar" on King's Road in London. She was poised to spearhead a fashion revolution. With a finger on the pulse of everyday fashion of the street, she represented a distinctive breakaway in fashion. She began to sell clothes that reflected the ideas of the day's youth. 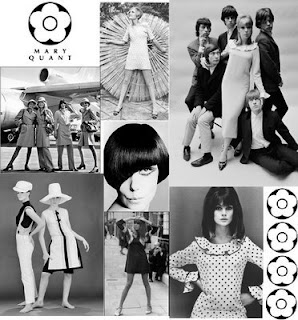 Outisde of the Bazaar Boutique in London 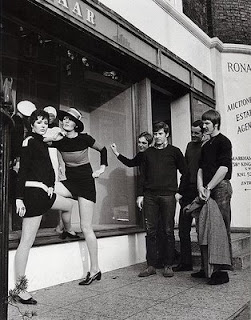 When she raised the hemline of her skirts in 1956 to several inches above the knee, the iconic miniskirt was born. Named after her favorite car, the Mini. The miniskirt was an instant success and epitomized the spirit of London in the mid 60's- free, energetic youthful, and unconventional. The miniskirt of the "Swinging 60s" lasted until the end of the decade. Throughout, fashion designers created some new and extreme variations in order to keep the excitement alive. For example, Paco Rabanne launched his plastic chain-mail miniskirt in 1966 and then the throw-away minidress. Despite this creativity, the mini eventually fell out of fashion when disillusionment about the Vietnam war became more widespread and the future looked less positive. 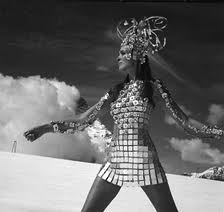 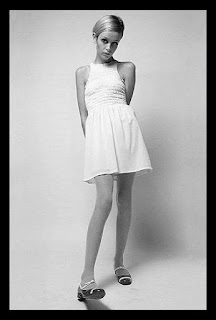 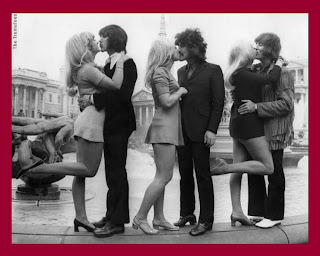 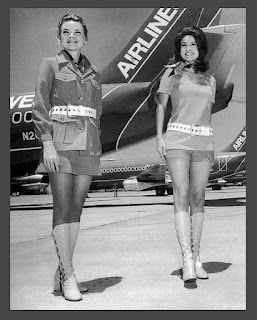 "The Swinging 60's- The Mini Skirt in Fashion" 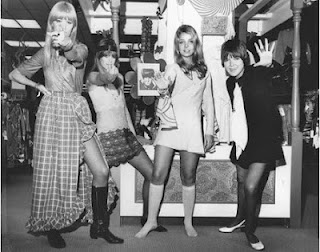 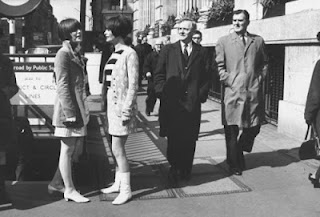 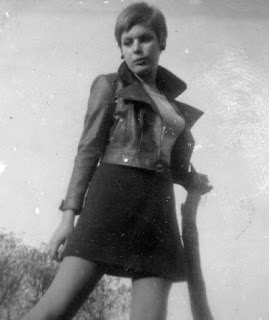 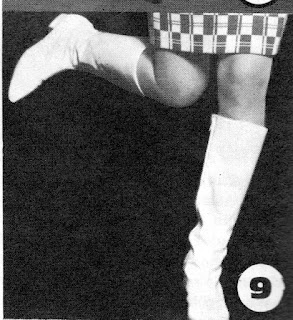